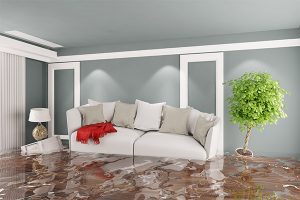 Water damage constantly poses a major threat to your home. It doesn’t take much for water to find its way into your home and begin wreaking havoc. While the resultant damage is not too serious in some cases, in many other cases the damage can be extremely severe. Regarding these serious consequences, here are four of the most serious consequences of water damage from our restoration experts at Bravo Restoration in San Rafael.

Most floods take more than a mere 24 hours to clean up. This is problematic because mold only needs about 24 hours to begin growing in the first place! While it may be impossible to prevent mold from growing at all after a large flood, you can significantly limit how much it can grow by responding quickly to the flood. Make sure you immediately contact a professional water damage restoration company for help after a flood so you can begin limiting the effects of the mold including mold growth as soon as possible.

Even The Smallest Cracks In Your Pipes Can Cause Major Damage

It’s hard to imagine a crack smaller than a centimeter allowing hundreds of gallons of water to spill into your home in just a few hours but that is the reality of cracked pipes. Even the smallest cracks can have major consequences. For this reason, it’s important that you keep your pipes in good working order and replace them when necessary rather than waiting for problems to arise.

Floodwater Can Be Seriously Hazardous

The word “floodwater” can be deceiving because, in reality, floodwater is composed of much more than just water. Floodwater often contains dangerous levels of bacteria, microorganisms, and even sewage in severe cases. Ingestion or exposure to contaminated floodwater can cause a host of serious illnesses and health complications. In general, you should always avoid any contact with flood water. If you are unsure of its origin, wait until it has been inspected by a professional water damage restoration company.

Floodwater Can Be Electrically Charged

All it takes is just a few inches of water to reach your outlets, baseboard heaters, power cords, or other electrical devices to electrify the floodwater in your home. When this happens, your home becomes an extremely dangerous place to be. Contact with electrically charged standing floodwater can cause serious injury or even death. If your home ever floods, one of your first steps should be to shut off the power to your home immediately to prevent this from happening.

As you can tell, water damage can be a scary thing. Fortunately, these potential consequences of a flood don’t have to be quite so intimidating as long as you take the appropriate steps. Contact Bravo Restoration in San Rafael for help as soon as possible. They are ready to help after a flood and can help you stop these damaging effects in their tracks.