The Effects Of Water Damage In The Long Run

It doesn’t take much time for mold to become a problem after a flood. In fact, it can begin growing as soon as 24 hours after a flood. While the mold that grows soon after a flood is not enough to cause serious damage, it doesn’t take long for mold to grow out of control. In time, this excess mold growth can lead to structural damage and health problems. This is usually the case when mold begins growing within your walls and ceiling. Mold of this sort is also very difficult to remove. You may even need to have your walls and/or ceiling torn down to reach and remove all of the mold.

One of the dangers resulting from water damage is contamination. Floodwater often contains harmful bacteria and microorganisms that are very dangerous when touched or ingested. The most serious type of contaminated floodwater is floodwater that contains raw sewage or harsh chemicals. This is a problem immediately after a flood, but it grows more serious over time as the contaminants from the flood have more time to affect your home.

Bug infestations are a common and unfortunate effect of a flood. Along with just being gross, bug infestations can have detrimental effects on your home and on your health. Bugs can also be very difficult to eradicate from your home once they have already taken root there. The best way to handle this is to clean up the water from the flood as quickly as possible. The sooner you do so, the less the bugs will have to be attracted to the moist environment in your home. 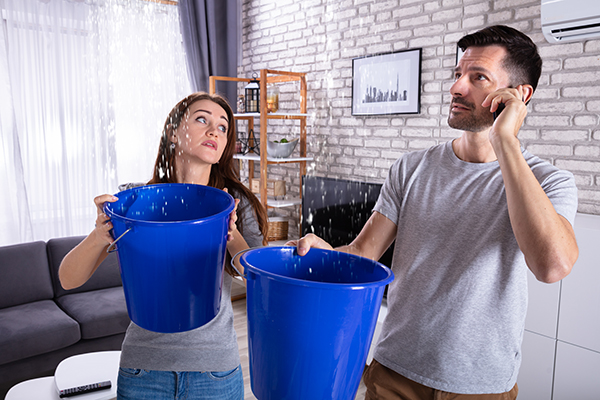 As floodwater sits in your home, it gradually seeps into any porous materials making up the structure of your home. A good example of this is drywall. Because drywall is very porous, water easily seeps into it, and the water is very difficult to get rid of once it has already seeped in. Porous woods are also vulnerable to this. Remove the water as soon as possible so it has less time to damage the structural materials of your home. If you do so, you may still be able to salvage them. Otherwise, they will likely be damaged beyond repair.

Given enough time, a flood can cause dangerous and severe water damage in your home. If you jump on it right away, though, you will likely be able to prevent many of these issues. No matter your level of flooding and water damage, however, our team at Bravo Restoration is here to help you through the restoration process in San Rafael.